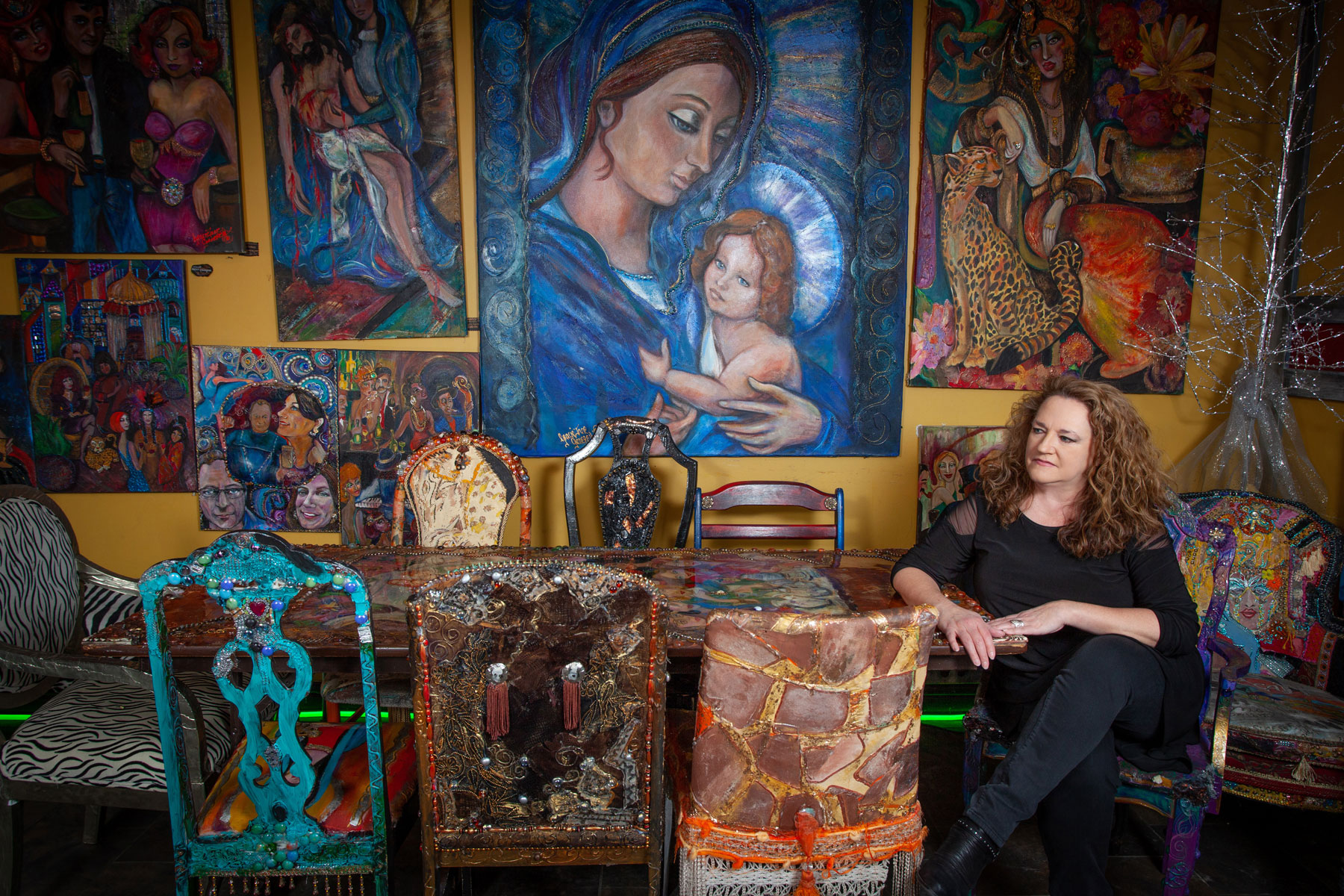 Leslie Greentree is the author of four books – Not the Apocalypse I Was Hoping For (University of Calgary Press, Fall 2022), the award-winning short story collection A Minor Planet for You, and two poetry books: go-go dancing for Elvis, which was shortlisted for the 2004 Griffin Prize for Poetry, and guys named Bill. Leslie has won CBC literary competitions for short fiction and poetry, and the Sarah Selecky 2013 Little Bird short fiction competition.

Leslie co-wrote the play Oral Fixations with her life partner Blaine Newton; it was professionally produced in 2014 by Ignition Theatre. She has also appeared in three professional theatre productions: she performed the one-woman show, The Year of Magical Thinking by Joan Didion (Ignition Theatre, 2018); she appeared in The Vagina Monologues, performing “Because He Liked to Look at It” (Ignition Theatre, 2007); and she made her theatrical debut in Blue Suede Shoes (Kompany! 2006) playing herself, performing poetry from go-go dancing for Elvis alongside a dance troupe celebrating all things Elvis.

Leslie is an occasional essayist: “Tom Petty Just Isn’t There for You: Riffs on Waiting” was written before his death, and appears in Waiting: an anthology of essays (University of Alberta Press, 2018). Her essay, “Pink Smock Stories,” was shortlisted for a 2019 Writers Guild of Alberta award and the 2020 Humber Creative Nonfiction award.

Leslie’s first art show was hung in the Harris-Warke Gallery in Red Deer in 2018; The shadows are only beginning to reveal themselves is a series of photo groupings with accompanying text focused on themes of death, loss and grief.